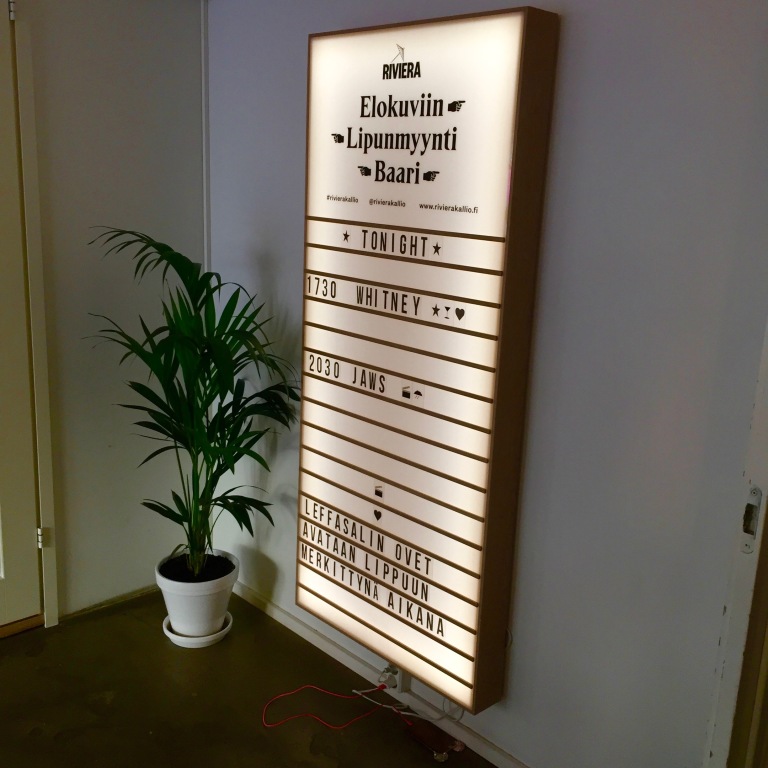 Most movie theatres in Helsinki are the same: rather modern, good video and audio quality, 100 to 600 seats, same popcorns and same candies – all hosted by Finnkino. An average Helsinki movie theatre is located either in central place in the city or in a shopping centre.

And then there’s Riviera. Riviera is a small 50-seat movie theatre in Kallio, the former working class neighbourhood. Correction: Riviera is not only a movie theatre, it’s also a bar including the coolest terrace in Kallio, where you can sit and enjoy drinks even though you’d have no intention of going to movies. 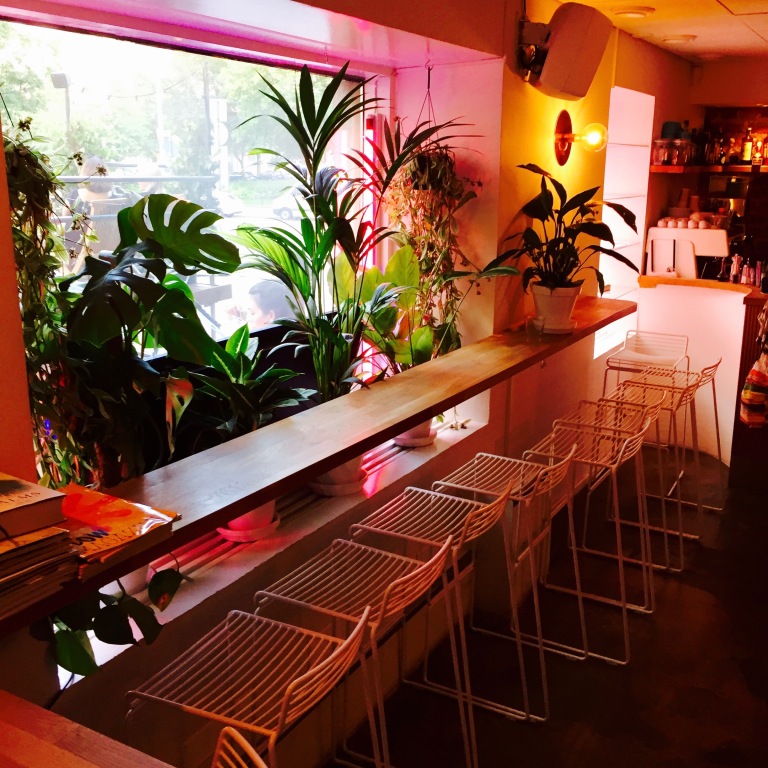 To put it short: Riviera is what movie theatres should be. There is a bar which serves cocktails, wine and beer throughout the movie. The bar also serves snacks, like tapas, nachos and spring rolls. There are red velvet sofas and armchairs. There is a small table next to your armchair for you to rest your glass. No advertisement in the beginning, only trailers. 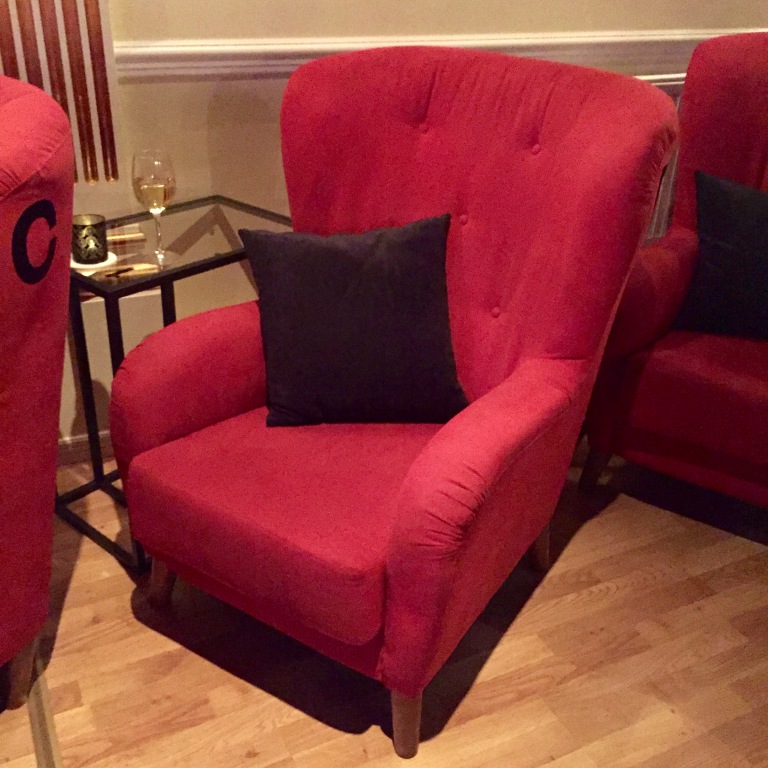 Riviera shows both new and classic movies. For example, yesterday I went to see Whitney on the Finnish premiere night – and after Whitney they showed Jaws which falls into the category of the classics.

They say the Riviera bar takes inspiration from the movies. I didn’t dare to ask what would be the Whitney-inspired cocktail, so I chose a glass of Riesling. Which was perfect. 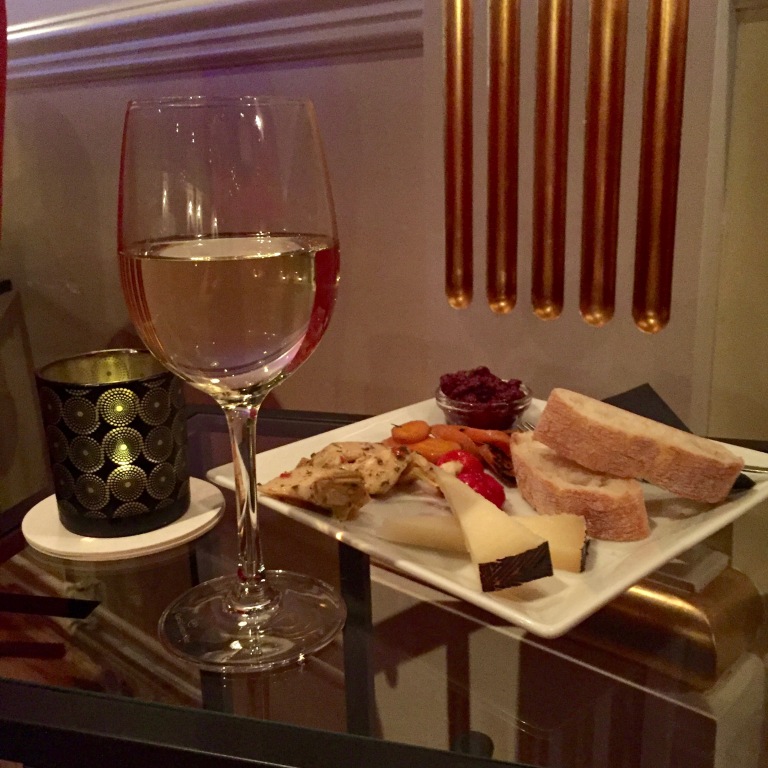 2 thoughts on “Riviera – Movies with Style”